The new BMW M2 CS is an interesting car because, on paper, it actually doesn’t seem like it’s worth the massive price increase over the M2 Competition. Sure, it’s a bit more powerful but it’s not that much lighter and it’s far more expensive. However, the differences in reality, especially once you get them on the road, are vast. To show just how different they are, our good friend Joe Achilles put both cars together to see what they’re like back-to-back.

Interestingly, Achilles is an M2 Competition owner himself but the car he uses for comparison in this video is not his own. That’s because his test M2 CS is a DCT-equipped car and his personal M2 Comp is a proper manual. So he compares the M2 CS to another DCT-equipped M2 Comp to make it as fair as possible. Having said that, being an M2 Competition owner, that drives car daily, he’s probably the best person to listen to for feedback on the differences between the two cars.

What’s interesting is that, on track, the BMW M2 CS wasn’t too much faster than the M2 Comp. Admittedly, its one second lap time advantage actually is decent at Llandow circuit, which is a very short track, is actually quite decent. However, as Achilles notes, the M2 CS had more aggressive tires than that specific M2 Competition on that day, so that could have played a big part.

Where Achilles notes that the M2 CS proves its mettle, shockingly enough, is on the road. Often times, cars like BMW CS and GTS models are so hardcore that they only make sense on track. Not so with the BMW M2 CS, as it’s actually a better road car than its more normal sibling. Which is music to our ears. The fact that BMW made its more lightweight, more powerful, more special M2 more designed for road use, which is where its customers will us it 90-percent of the time, is fantastic. 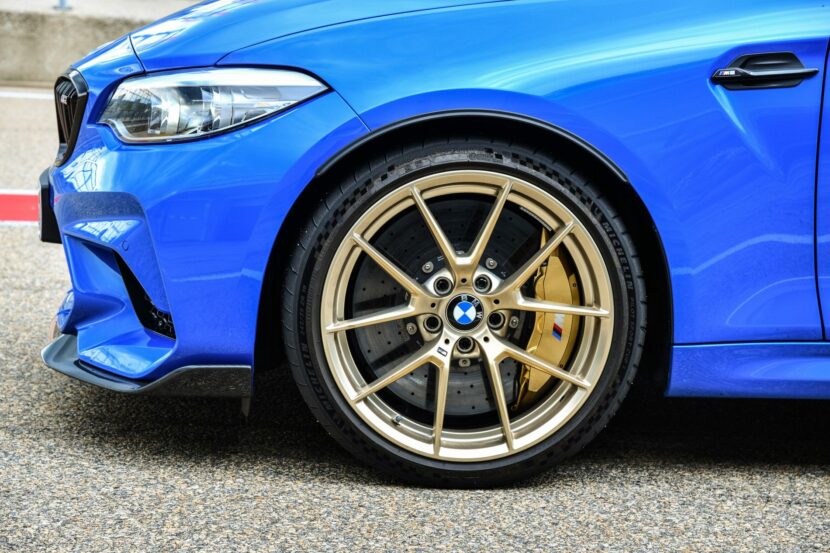 According to Achilles, the suspensions is actually more comfortable, while being more planted, than the M2 Comp’s. So it’s the better daily driver. It also has better brakes and sharper reflexes. All while looking cooler and having a better cabin.

So it seems that the differences made in the BMW M2 CS make it the more special driver’s car, not just some hard-edged, track-day, lap-time machine, which is the best news we’ve heard about it yet.